🌿
Learning User Research with the Interaction Design Foundation - a review Good research is about asking more and better questions and thinking critically about the answers. After spending some years working in the communication field and learning about how people interact with each other online, I decided it was time to start asking different questions. I wanted to understand not only what people say, but what they do.    This curiosity led me to a new professional path, focused on user research. I wanted to learn everything that I could about observation techniques, quantitative methods and usability testing. Looking for a place to improve my knowledge, I stumbled across Interaction Design Foundation, or, as Don Norman puts it: "a goldmine of information”. I enrolled in the User Research – Methods and Best Practices course, thrilled to understand how I could make research that matter and how to communicate its results effectively to clients and stakeholders.   During the course, I had classes with UX experts like Alan Dix, Ann Blandford, Frank Spillers and William Hudson. Inspired by everything they taught me, I decided to write down what I learned about methods, strategies and clients.  What I learned with IDF about User Research   One of the reasons I find Interaction Design Foundation courses so interesting is because almost every course has practical exercises. In the Methods and Best Practices course, I had the chance to embark on three short projects to test some user research techniques in the real world. This was essential for my evolution as a researcher. Later on, when I was conducting a solo research project for Classe B, a new platform for Portuguese freelancers, I knew exactly what to do. 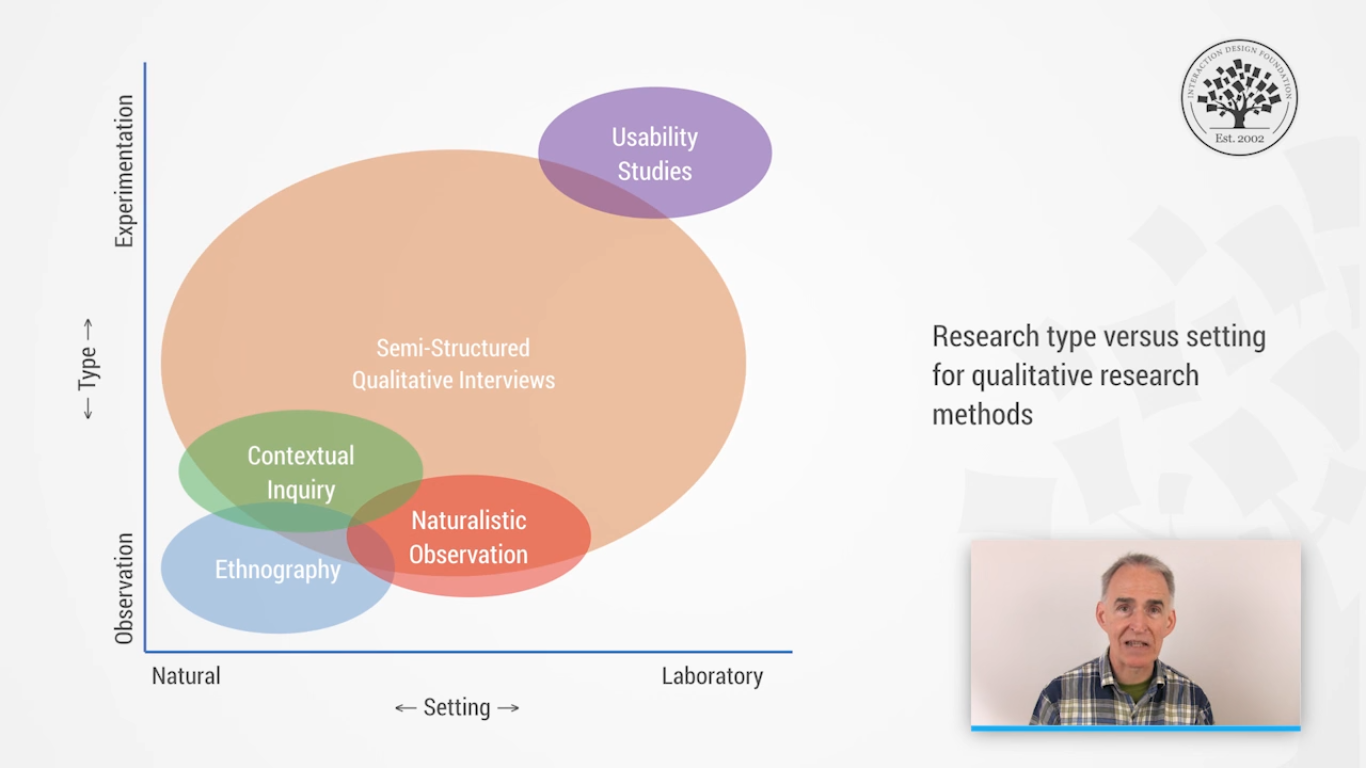 How I applied everything I learned in a User Research Project When I first talked to Classe B's project managers, there was an idea on the table about creating a platform to help Portuguese freelancers improve their work life. Subjects such as finances and legal matters were some of the topics that were being though for the website. I then identified and formulated a hypothesis that would be our starting point. In Portugal, freelancers lack resources to help them thrive as independent workers. When they need to take care of legal and financial issues, bureaucracy is usually on the way. To test this hypothesis, I conducted exploratory user interviews with freelancers from different fields to understand their needs and worries as independent workers in Portugal. I used an affinity diagram to segment 50 different professions into two mains groups. After analysing what the various occupations had in common, I divide them into physically demanding and mentally demanding. Based on these two segments, I recruit a total of 10 participants from our networks. After a brainstorming session with the project managers, where we thought about possible questions for the semi-structured interview, I identified all the themes. Then I order them to ensure a smooth conversation flow. Each interview took about 45 minutes and was recorded with the interviewee's consent.  To make sense from all the qualitative data, I performed a Thematic Analysis to familiarise myself with the data. First, I mark some preliminary ideas in the transcript to generat initial codes. Then, I started an iterative process to find themes.  After analysing more than 9 hours of in-depth interviews, I realised that the platform should, not only, give practical information about how to deal with money and bureaucracy but cover topics such as mental health, work-life balance, community and self-promotion. 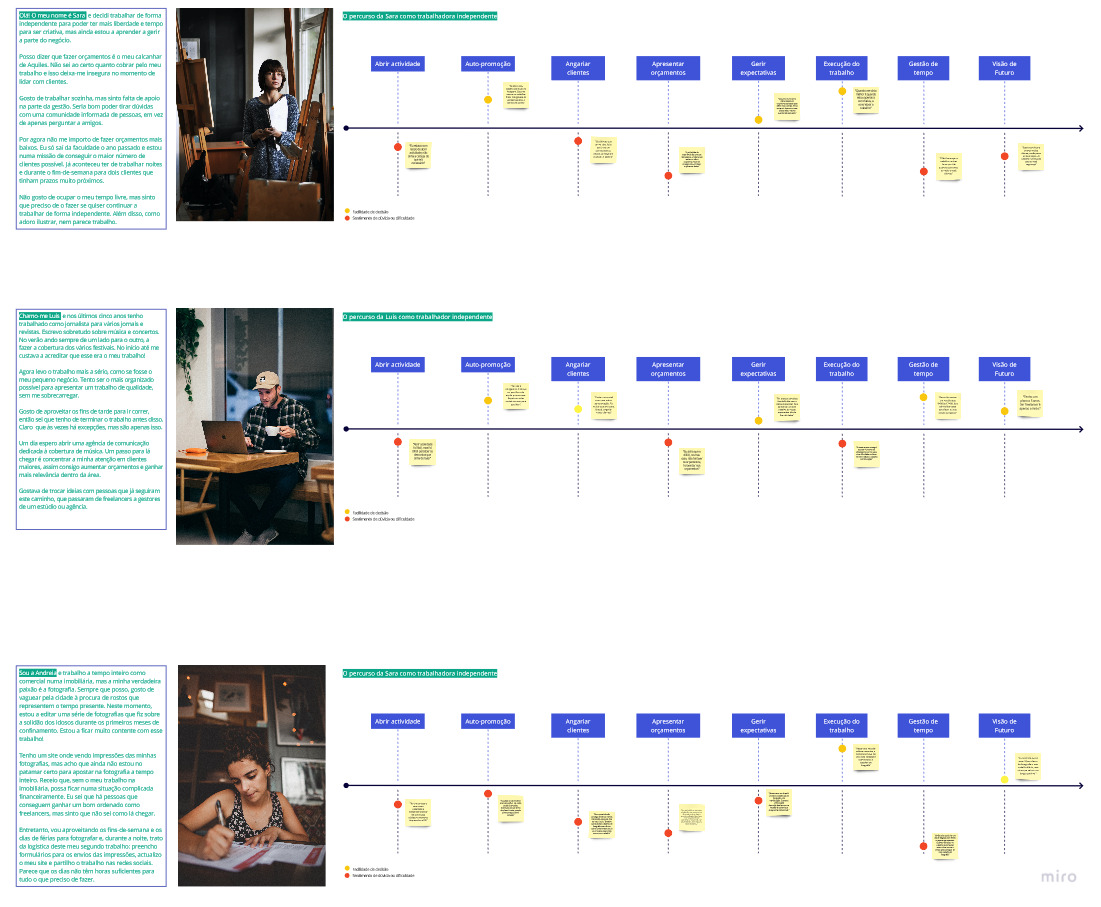 To deliver this information, I created Personas, User Stories and User Journey Maps to help Classe B's designers connecting in a more meaningful way with the people who will use the platform. Knowing how freelancers felt from the moment they decided to work independently to managing clients and promote their skills, Classe B's project managers created a new set of categories with contents that could follow the Portuguese freelancers along their professional journeys. Besides defining new categories and contents for Classe B's platform, we are already planning a usability test to analyse how people will navigate through the website.   How I always go back to IDF As soon as Classe B stakeholders approved the next research moment for the project, I enrolled on Interaction Design Foundation’s course Conducting Usability Testing. I have previous experience designing user tests, but I know I can improve how I set test goals and evaluate interfaces with Frank Spillers mentorship in this course. And just like this, I’m progressing as a user research professional and a lifelong learner.
You can follow me on Twitter, sign-up for my newsletter
or say hi to inescspinto@gmail.com 🌿